Drug dependency is a temporary problem

I recently read and tweeted out this article Most People With Addiction Simply Grow Out of it: Why Is this Widely Denied about how people "grow out of" addiction.

I'm not sure I agree with the terminology but the take home message here is undeniable: drug dependency is a temporary problem.

HOW LONG ARE PEOPLE DEPENDENT FOR?

The majority of people for whom the term ‘addict’ might be a useful description, begin harmful and compulsive drug use in their late teens and early twenties. What is remarkable is how by their early thirties, many of those who could be described as ‘addicts’ have achieved remission from drug use, often without needing the help of a treatment program. The facts are stark. A nationwide survey conducted in the United States, the country with the most comprehensive data on the subject, showed that across a person’s lifetime, the probability estimate that they will stop their use of a harmful drug is very high. The hardest drug to give up is nicotine, with an 83.7% likelihood of remission, followed by alcohol, with a 90.6% chance. Among illegal drugs, the rates are even higher, with 97.2% of cannabis users likely to achieve remission, a figure that rises to 99.2% for cocaine.[1]

Hard drug users are also very likely to quit quickly: half of all those dependent on cannabis have given up within 6 years of beginning to use the drug; for cocaine users, the decline in dependency rates is even faster, with half stopping after 5 years. It takes much longer to achieve that with nicotine (26 years) and alcohol (14 years). To put it another way, only around 5% of cocaine users remain dependent into their forties and only 8% of cannabis smokers continue to use the drug at harmful levels into their fifties. Again, for alcohol, the figures are higher, but even so, only 15% of alcoholics continue to be alcohol dependent into their sixties. 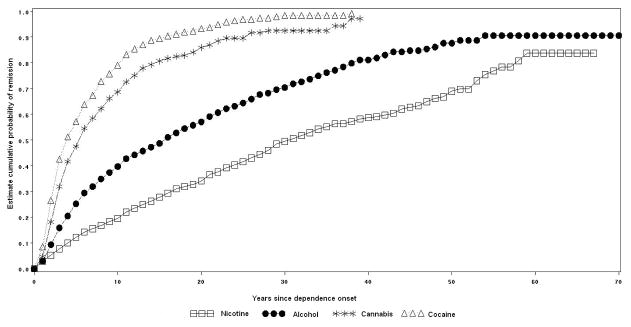 Cumulative probability of remission from various drugs across a lifetime [2]

The reasons for this are much debated, of course, but no research has been able to show that drug use significantly and permanently alters the brain to make remission from drug use harder. This might explain why a study for the US National Institute of Health found that most people dependent on drugs stop using at “clinically significant levels” and then stop using drugs altogether without help. In the case of hard drug users, this is usually by the time they hit thirty. [3] Chronic dependence is often a cycle of harmful use and abstinence, played out at great cost to the dependent individual and those around them, and with it comes social stigma and a variety of other problems, which I’ll look at later. Because breaking this cycle is the key to giving up drugs, most experts who advocate treatment suggest that a minimum of ninety days is required to break the habit. This allows for physical withdrawals to happen as well, and means that the dependent individual can begin to undergo whatever pattern of treatment is employed. Naturally, while time is a healer, it is not the only factor, and those in treatment need to be introduced to ways of staying clean, such as an awareness of triggers, patterns of behaviour associated with drug use, and potentially medication and counselling for other or related mental health issues. These strategies take time and application to learn, as well as being in a period of abstinence, and three months is generally accepted as being a good point of departure for successfully kicking the habit and making the necessary life adjustments to stay clean.[4]  Of course, everyone is different and those dependent on drugs are no exception. While some struggle to ever get to grips with their problem, many can successfully kick the habit. Given all of the factors that combine to help someone achieve and maintain remission, it is understandable that many are able to stop their drug dependency without the need to seek treatment. Changes in lifestyle and the treatment of underlying mental health issues that can contribute to someone using drugs in a harmful way are two of the most common ways that someone can rid themselves of their dependent behaviour.

There are no clear figures around ongoing chronic drug dependency and long-term studies have struggled to maintain accurate data. It is therefore very hard to say with certainty how many people remain actively chronically dependent their whole lives. What is clear, though, from the picture above is that many can and do successfully stop using drugs and that the vast majority do so within the first ten years of starting to use.

Drug use has many damaging effects, ranging from long-term exposure to risk of certain illnesses, including mental illness, the dangers of overdosing, and the attendant harms of using illegal drugs, such as spending time in dangerous environments, being exposed to crime, and the risk of imprisonment. Beyond these immediate dangers, drug use also has negative social impacts, such as endangering a user’s employment by reducing or destroying their capacity for work, financial cost and debt, and standing within the community.

A person’s health can be seriously affected by drug abuse. A person who uses heroin intravenously, for example, vastly increases their risk of exposure to HIV/AIDS: in a UN survey of 49 countries, people chronically dependent on heroin were at least 22 times more likely to suffer this debilitating and ultimately fatal illness and, in some countries, the risk was 50 times as great.[5] Heroin users also risk increased exposure to a variety of other illnesses, such as hepatitis, botulism, and tetanus from injecting, [6]   and more generally from the presence of the drug in their body, endocarditis, pulmonary edema, blood clots, and liver damage, as well as diseases associated with low immune system from AIDS.[7] These are all chronic risks, but there is the ever-persistent acute risk of overdose as well, which mostly kills due to its impact on the heart. In 2013, drug overdoses killed 43,819 people in the United States, which is more than car accidents, murder, or alcohol-related deaths.[8] Heroin accounted for over 8,000 of those deaths, though the toll from prescription opiates is significantly higher. Fatal overdoses increased by 6% from 2012 to 2013 in the US.[9]

Non-fatal overdoses are also a very serious problem. According to a report from the United Nations, in Europe, there are around 20-25 non-fatal overdose cases to each deadly overdose. These close calls can cause significant chronic problems, including those I’ve listed above, as well as cerebral hypoxia, pneumonia, and a variety of heart problems, which can result in prolonged hospitalization, brain damage or long-term disabilities.[11] It’s not just illegal drugs that cause illness either. Everyone knows that smoking causes lung cancer and as many as 80% of all lung cancer deaths are in smokers. Alcohol is a serious problem as well, killing around 3.3 million people per year, which is to say around 6% of all deaths globally, as well as causing around 5% of all illness and disease. Alcohol is a factor in around 25% of all deaths in the 20-39 year old age bracket worldwide.[12] Of course, it is not just the physical effects of harmful drug use that can kill. The United Nations Office On Drugs and Crime is very clear that drug use increases the risk of being murdered, either as a result of being engaged in criminal activity or as a by-product of exposure to it. This is especially the case for young men involved in the street level sale of drugs. You are more likely to be either the perpetrator or the victim of violent crime if you are a drug user.[13] There are also significant risks associated with the incarceration that can follow on from illegal drug use. For men and women, drug-related offences are the second most significant cause of jail time. 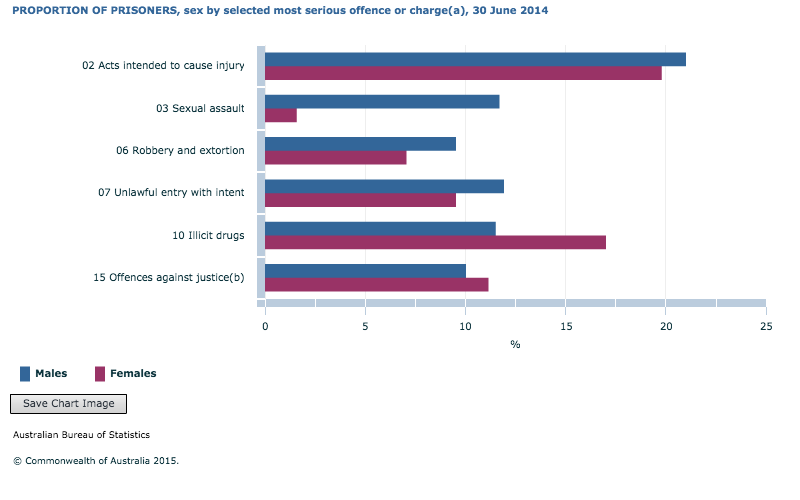 A study in Australia that ran from 2000-2010 showed that around 450 people a year die within one year of being released from prison, with overdoses accounting for around one fifth of those deaths. While deaths have been declining over that decade, they are once again on the rise. 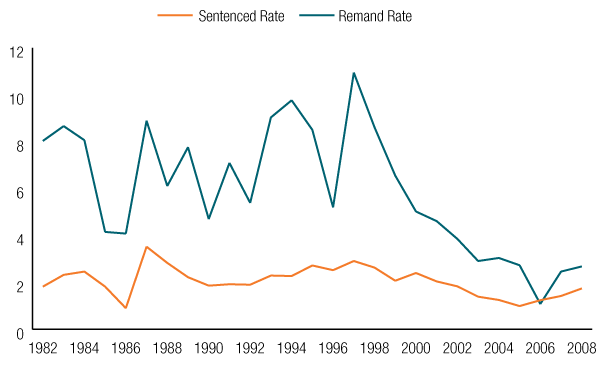 Deaths among young women are especially prevalent within a year of release; they are around twenty times more likely to die than the average ex-prisoner. The chronic health effects of imprisonment, as well as mental health problems and suicide, account for most of the rest of the deaths post-release.[16] Given that many drug users are likely to face criminal sanction at some point during their time using drugs, it is clear that if incarcerated, they face significantly elevated risk of death due to simply being in prison as a result of their substance misuse.

Evidently, the danger of drug use is not limited to the introduction of a toxic substance into your body. The illegal nature of the production and sale of such a substance also increases the risk of its harmful nature, for example by cutting a drug with substances that are themselves dangerous to increase yield and profit for the dealers. Criminals who sell and produce such drugs are ruthless in exploiting users, threatening them for unpaid debt, using them to run drugs and thereby risk imprisonment. Users are exposed to crime and violence by becoming part of a subculture that requires illegality to function.

So the drugs themselves are not the only dangerous part of taking drugs. The risks caused by the environment in which drugs are used and criminal penalties for use area actually just as significant.

COACHING AS WELL AS TREATMENT

I recently wrote that the most effective tool in treating drug dependency would be drugs themselves. Maia Szalavitz, in the article I linked to above, discusses the problems associated with accessing drug treatment as including the requirement to accept the ‘addict’ label, and also to potentially disrupt employment or relationships by imposing isolation.

In other words, drug treatment as it is typically structured now requires that people be at rock bottom and ready to quit before they consider seeking treatment.

My suggestion takes things one step further: let's not even require that people have stopped using drugs before seeking treatment.

In the current legal framework, we have no other choice but to exclude people from participating in programs unless they have stopped using, because there are tremendous implications for the safety of staff if clients are still involved with the world of criminalised illicit drugs; also since the only drugs of dependence that can be accessed are illegally produced, the risks of using them are far greater than would be present if they were produced in more pure forms under sterile lab conditions. We can't, in good conscience, accept people continuing to use any substance that may or may not instantly kill them.

However I look forward to a day when drug treatment starts at the same time as someone starts to realize they have developed a dependency.

That we can coach them through the experience, ensuring they get through it safely without jeopardizing their safety or prospects for future success.

Drug dependency is always temporary, but the fallout from living in a world dominated by risk and criminal behaviour, is sadly often permanent.

8. Annual Causes of Death in the United States by Common Sense for Drug Policy via http://www.drugwarfacts.org/

15. Deaths in prison custody statistics by Australian Institute of Criminology via http://www.aic.gov.au/